However, physicians remain reluctant to recommend AVR for elderly patients more than 80 years of age or those considered very high risk. As a result, new techniques and technologies have been developed to enhance these outcomes, particularly in high-risk complex patients.

As in other fields of medicine, a trend towards minimally invasive surgery has swept into cardiac surgery to achieve better results for the patients with the same quality as conventional median sternotomy. In this setting, TAVI offers an alternative treatment option in high-risk patients, having demonstrated to be superior to medical therapy in non-operable patients and non-inferior to surgical aortic valve procedure. However, controversies still exist regarding its effect on post-operative outcomes compared with conventional surgery.

A meta-analysis of randomised, controlled trials that included 3, patients with severe AS found no significant differences between TAVI and conventional AVR in terms of myocardial infarction, stroke and mortality. Historically different approaches has been described, and many types of classification, one as step wise approach for reduction of the trauma, from full incision sternotomy to non-incision sternotomy like right anterior mini thoracotomy RAT see Figure 1. 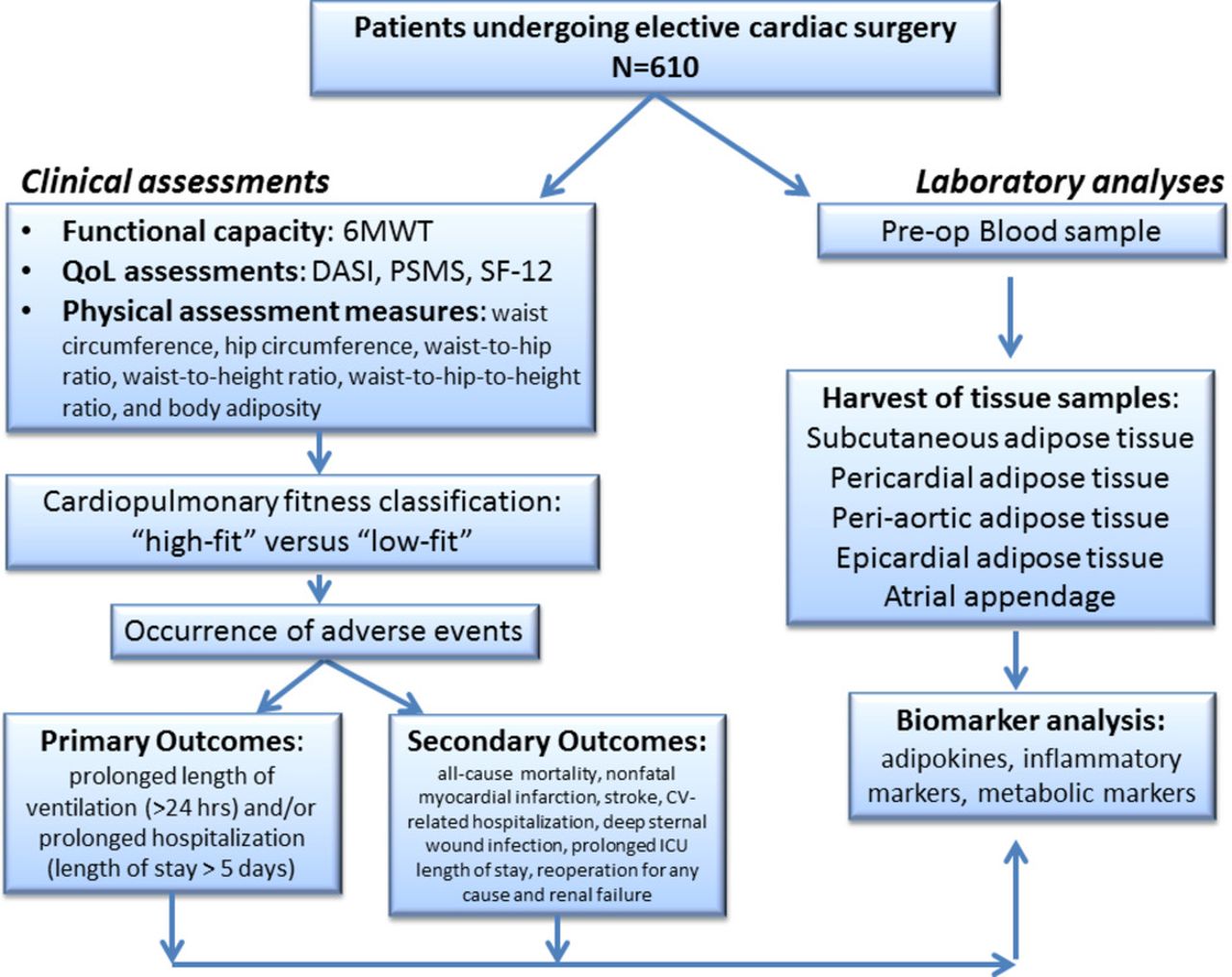 Also, other approaches have been described, such as parasternal, transverse sternotomy and lower hemisternotomy. Different types of valves can be used, including standard mechanical and tissue valves. Stentless valve and sutureless valves can also be used in these minimally invasive approaches. Concomitant procedures, such as replacement of the ascending aorta and other valve interventions, have been described with these approaches as well.

To achieve optimal exposure during RAT, the right lung can be mechanically retracted posteriorly without the need to resort to single-lung ventilation. However, right lung isolation can be useful during the learning curve and in difficult cases using double lumen endotracheal tube or bronchial blocker.


To improve emptying of the heart during CPB, vacuum-assisted or kinetic venous drainage is commonly used. The patient is positioned supine and surgically prepped from the neck to mid-thigh for both procedures. External defibrillator pads are placed similarly to redo surgery. The mandatory use and routine interpretation of the intraoperative TEE for de-airing process is a critical step at the end of cardiopulmonary bypass in any MIAVS procedure.

The echocardiogram images are visualised and evaluated at the actual time of the operation — this is performed in the same manner as in the conventional full sternotomy approach. Complete de-aired heart will allow weaning of cardiopulmonary bypass and transition to the end of the procedure reducing the microemboli phenomenon. Open original Open in new tab. Open original Open in new tab Open ppt. UHS may be the best approach for less-experienced surgeons. This approach implies to split the sternum, the sternotomy incision begins at the sternal notch and is carried down by 5—8 cm to the third or fourth intercostal space on the right.

A sternal saw is used and the right internal thoracic artery is spared. A rigid retractor with narrow blades is inserted. Central aortic cannulation is straightforward but should be aimed as distal as possible to provide an unencumbered working space. Venous cannulation can either be peripheral or through the right atrial appendage. Myocardial protection is accomplished to the root or directly to the coronary ostia if antegrade is planned.

Retrograde cardioplegia can be either directly or peripherally via internal jugular vein if required. A transverse aortotomy is placed slightly higher to facilitate its closure and visualisation at the end of operation see Figure 2. Retraction sutures are placed on the edges of the aortotomy, and at the peak of each commissure to elevate the aortic valve into the centre of the operative field. The remaining steps of the procedure is similar to conventional valve replacement. As the surface of the heart is not readily accessible, de-airing demands meticulous attention to detail and is monitored using TEE, being as described above a critical step in the operation.

RAT avoids sternotomy and is associated with a limited skin incision. However, the operative field is smaller and the aortic valve sits deeper within the wound. Exposure is enhanced by minimising cannula traffic within the incision via peripheral access, coupled with strategic placement of pericardial sutures. This approach is typically performed with a 4—6 cm incision through the second or third intercostal space. Upon entering the pleural space, the right mammary vessels are usually ligated and divided. The third or fourth rib can be dislocated from the sternum to enhance exposure with the goal of visualising the tip of the right atrial appendage.

A soft tissue retractor is inserted into the wound followed by a rigid retractor with narrow blades see Figure 3. Cannulation for cardiopulmonary bypass can be central but usually peripheral. The crossclamp is applied directly through the incision or from an alternative port; however, it can also be performed peripherally with an endoclamp. Myocardial protection with antegrade cardioplegia is delivered through the root or directly to the coronary ostia. Retrograde cardioplegia could be also delivered peripherally through percutaneous jugular vein catheter into the coronary sinus.

Technical details of aortotomy, prosthetic valve implantation and aortotomy closure are identical to UHS. The aortic valve is excised in the usual fashion; however, the right coronary cusp sutures are placed first and retracted to facilitate exposure. At the end of the procedure, a small chest drainage tube e. Blake is inserted in the right pleural space through a separate intercostal space. Pericardium is left open.

The disarticulated rib is reattached to the sternum using non-absorbable, braided suture. To avoid lung herniation, the ribs are then reapproximated using further non-absorbable braided sutures. Importantly, if exposure with either UHS or RAT is inadequate, then conversion to full sternotomy should be considered. This ensures that valve replacement can be completed safely using an approach familiar to the surgeon.

Randomised trials comparing conventional sternotomy to MIAVR face formidable challenges because of patient preference, surgeon bias and, importantly, the lack of a standardised surgical approach. Postoperative complications associated with a full sternotomy are practically possible with minimal invasive approach 16 In theory, avoiding full sternotomy should contribute to better post-operative stability of the sternum and thereby prevent deep infection and preserve respiratory function and mobility in the immediate post-operative period.

They included over 20 studies consisting of more than 4, patients.

However, MIAVR was also associated with longer myocardial ischaemic, cardiopulmonary bypass and operative times compared with open procedures as a result of the steep learning curve involved, especially at the earliest stages of training. It was also argued that de-airing at the end of such procedure could be incomplete. An important fact to emphasise is that the outcome and quality of the procedure are comparable or superior to the conventional open or full sternotomy procedures, including the risks of cerebrovascular events.

The recent introduction in the market of balloon expandable sutureless valves has enable a reducion of these times. Another potential disadvantage of MIAVR is the morbidity associated with peripheral cannulation, which may cause wound infection, pseudoaneurysms and neurological events. Nevertheless the improvements in technique over time has decreased the morbidity of the procedure and allows surgeons to perform the procedure in high risk and elderly patients as more familiar approach and even better-than-predicted survival in this population.

The pre-protocol phase could be contaminated by education leading to protocol implementation, which may produce a bias towards the null hypothesis, potentially resulting in an underestimation of the benefits of the standardized approach. Moreover, the lack of blinding can result in a Hawthorne effect that is difficult to exclude, with caregivers modifying their behavior as a result of being under observation. Despite such inherent limitations, the study was thoughtfully and carefully executed on an important subject matter that is not conducive to a randomized controlled trial.

Several initiatives have since demonstrated that standardized care provided according to consensus guidelines 19 , 20 could positively impact the clinical trajectory of even the sickest and most vulnerable patients 17 , A few years following modification of the local care structure, quality-control initiatives swiftly demonstrated improvements in overall patient safety, family satisfaction, and adherence to best clinical practices. In conclusion, the study by Nair et al. The investigators convincing demonstrated that adherence to carefully crafted protocols can optimize patient outcomes and create an optimal environment to assess therapies.


An evidence-based standardized protocol for anticoagulation following congenital heart surgery. Transl Pediatr ;7 4 While there was colinearity between these factors, both surgeon volume and hospital volume were significant predictors of mortality. Combined, the highest mortality rates 3. The use of hospital procedural volume was of limited value in discriminating those hospitals with significantly better or worse risk-adjusted mortality outcomes "outlier centers" C-index, 0. In fact, as procedural volume dropped, a hospital's likelihood of being singled out as a center with significantly better or worse outcomes declined due to increasing variance associated with the measurement of end point at low-volume sites.

An upper boundary for the potential numbers of lives saved by closure of low-volume CABG centers was also estimated. In order to determine the validity of STS data for patients aged 65 years and older, we performed a systematic comparison with data supplied to the CMS. The reported mortality rates were 4. Reported mortality rates among centers that performed or fewer procedures per year were 5. Thus, we doubt that our results were biased by underreporting or selective reporting to the STS. We also systematically compared mortality rates among participants and nonparticipants in the STS.

Mortality rates in participating sites were lower 4. Thus, the association between volume and outcome may have been overestimated by focusing on STS sites. The recent interest in using hospital procedure volume as a quality indicator for CABG surgery is understandable. This structural characteristic is readily available via administrative claims data, requires no complex adjustment techniques, is easily interpretable by the lay public, and is consistent with the common belief that "practice makes perfect.

To date, there have been multiple analyses of volume and outcome for CABG surgery. Most 1 - 15 but not all 16 , 17 of these concluded that hospital procedural volume was associated with lower rates of hospital mortality. The largest analysis of the association between volume and outcome was conducted by Birkmeyer et al. One of the most complete evaluations of CABG volume-outcome relationships performed using clinical data was completed by Hannan et al.